How to Remove Bacteria from Drinking Water

How to Remove Coliform and Other Bacteria from Your Water

Those on private well water should frequently test their well water to ensure illness-causing microbes are not present. If our well test positive for coliform, you can take steps to remove the bacteria. 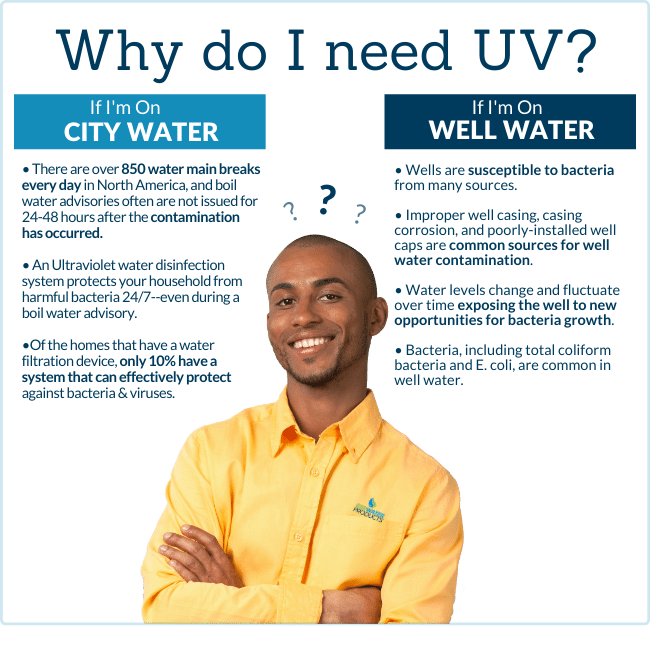 There are 2 ways to Get Bacteria Out of Water:

1.  Shock the well with chemicals such as chlorine or bleach.

What Bacteria is Found in Water?

Different types of bacteria can live in water. The problem is that you cannot smell, taste or see bacteria in water. Bacteria cannot be detected without performing a water test.

The above is NOT a comprehensive list of waterborne microbes. Most of the above-mentioned microbes are commonly associated with gastroenteritis resulting in diarrhea, vomiting, fever, and abdominal cramping.

What is Coliform Bacteria in Well Water?

If your well tests positive for coliform bacteria, it may signal that disease-causing organisms (pathogens) could be in the water. Specifically, the presence of some coliform bacteria indicates that fecal matter or sewage waste may be present. We highly recommend a UV water sterilizer to protect your household from coliform and other bacteria. UV light water filter systems work 24/7 and are a safe, economical, chemical-free way to treat well water. Learn more about UV water filtration here.

For an indication of the bacterial contamination conditions of your water supply, a total coliform bacteria test should be conducted. Testing is the only reliable way to know if your water is safe. Those on wells should test for coliform at least once per year and late spring or early summer is the best time to test. If a test comes back positive for bacteria, you should treat (by chemical shocking or UV water sterilizer) and test again. 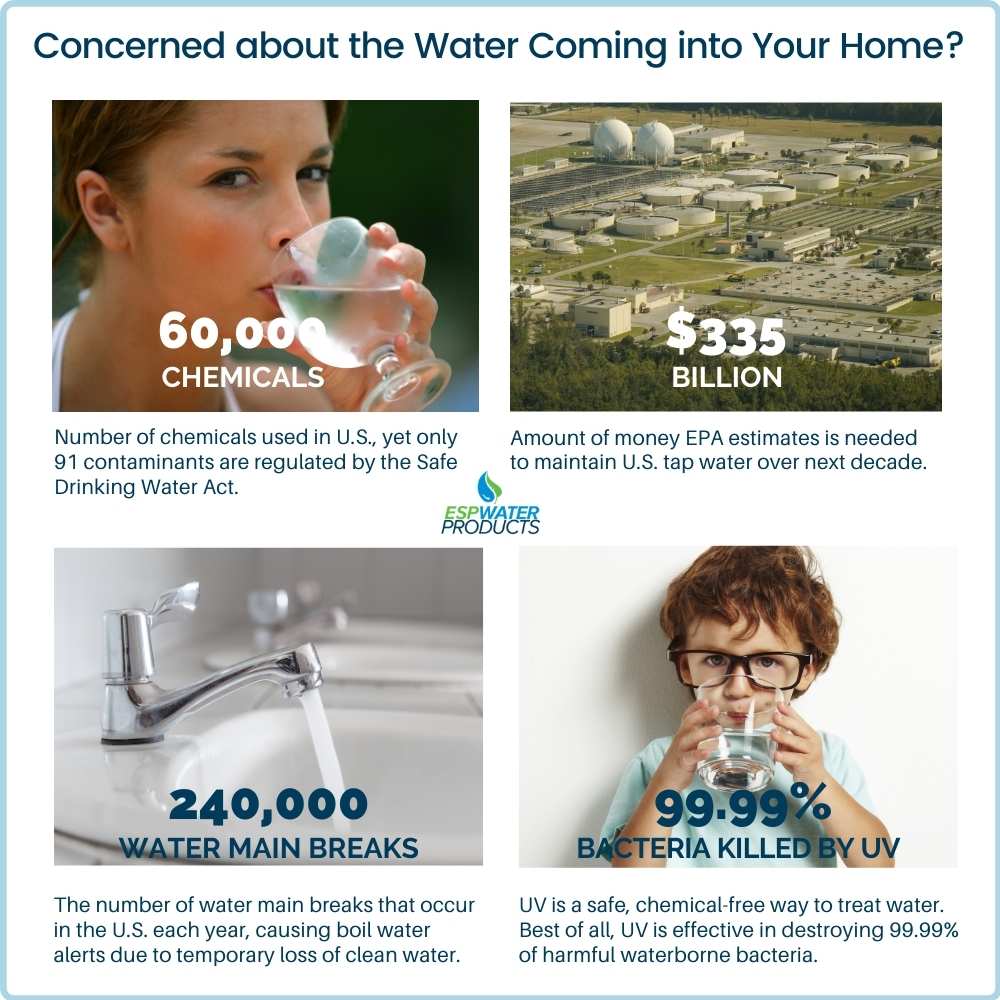 For well water applications, we recommend the VIQUA IHS22-D4. This system comes with the VIQUA PROMISE: Whether you choose a point-of-entry or a point-of-use system, your VIQUA UV system will disinfect against microbiological contaminants, providing you and your family with treated drinking water.

Dangers of Illness-Causing Microbes in Water

The following are some pathogens or organisms that could be present in your water:

Should I Worry About Bacteria if I Get My Water from the City?

Most municipal water suppliers treat bacteria using chlorine and/or UV light. Yes some households on "city water" still choose to install a water disinfection system to provide a final barrier of protection for their family. When water pressure drops from a water main breaks or electrical power is lost at the water treatment plant, standard water treatment methods can fail. The city or municipal supplier issues a boil water advisory to all customers. Those who have installed a UV water disinfection system do not need to boil their water.

Reverse Osmosis technology is not designed to remove bacteria, as membrane deterioration can occur due to these living organisms. Bacteria removal is best achieved with a UV water sterilizer system. We highly recommend pairing a whole-house UV water sterilizer system (installed at your home's water point of entry), with a Reverse Osmosis drinking water system installed under the kitchen sink