Why do I Need UV if I’m on City Water?

If your home receives water from a city or municipal supplier, your water has been treated at a local municipal treatment plant.

So you may be asking, "Why should I worry about additional water treatment if the water already been treated at a water plant?"

Municipal water suppliers do their best to protect the public. But contaminants can infiltrate aquifers and springs, and aging infrastructure can introduce contamination even when water has been treated.

Although city water is treated to meet EPA standards, there are many reasons why millions of households choose to install ultraviolet technology.

8 Reasons to Install UV If on City Water:

PEACE OF MIND: A whole-house ultraviolet system can ensure water is safe from harmful bacteria even during a boil water advisory.

Ultraviolet water filtration and purification is an economical and efficient way to ensure your drinking water is safe. 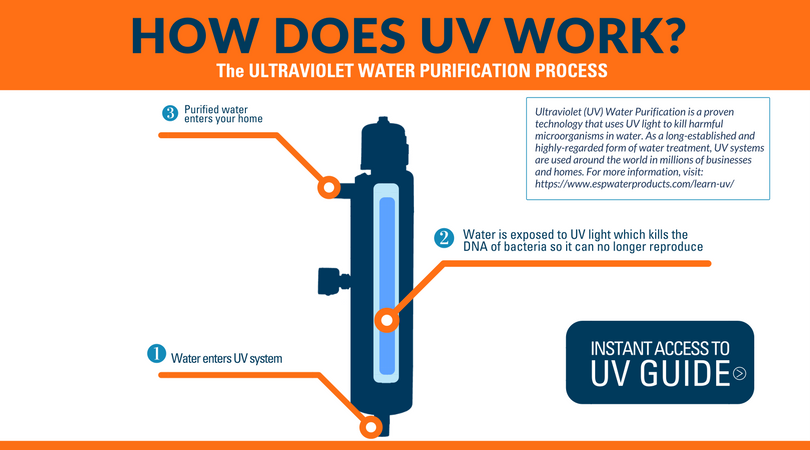